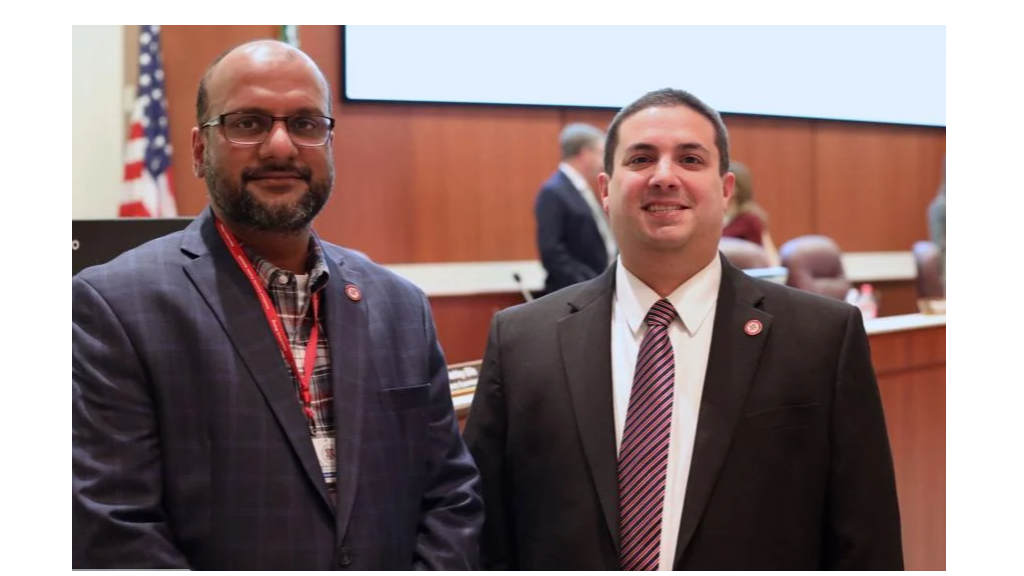 Ian Serotkin (Blue Ridge) and Harris Mahedavi (Ashburn) are the new chair and vice chair of the Loudoun County School Board for 2023.

The appointments were made during the annual organizational meeting on Tuesday night.

Serotkin was nominated by former chair Jeff Morse (Dulles) and was the only nominee for the position. He was elected on 6-3 vote, with Tiffany Polifko (Broad Run), John Beatty (Catoctin) and Denise Corbo (At-large) voting no. Serotkin served as vice chair during 2022.

Serotkin took a minute to thank Morse for his leadership “over the past year during extremely challenging circumstances.”

He said he treasured the working relationship they had for the past three years and “especially over the last year working in board leadership together to implement a strategic plan and put the focus on our students and academic excellence,” Serotkin said. “Being chair of this board at this time is a public service and I want to take a moment to thank you for yours,” he said to applause.

Corbo said she initially planned on nominating Morse to serve another term, but said in a conversation with him earlier in the day he made it clear he would decline the nomination. She thanked Morse for his service.

“He’s a team player whose motivation is making the school system better for our entire community,” she said. “It is my hope that the incoming chair will work to cultivate a strong working relationship with every member of the School Board and that the newly elected chair will be responsive to communication, be publicly supportive of fellow board members and work collaboratively with developing solutions.”

Serotkin then nominated Mahedavi as vice chair. With no other nominations for the position, he was elected on an 8-1 vote with Polifko opposed.

After the organizational meeting, the board met in a special closed session to discuss the performance and potential disciplining of a teacher, who was not publicly identified.