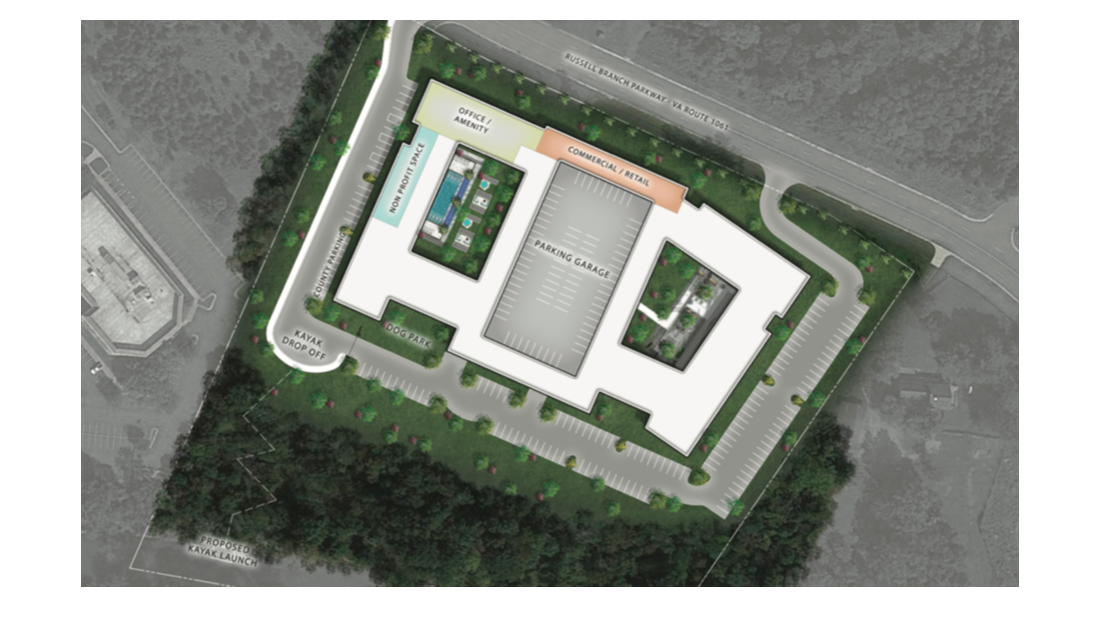 Supervisors have signed off on terms to sell part of the park-and-ride lot on Russell Branch Parkway that closed in October to a developer planning to build 450 apartments, including more than 100 income-restricted apartments.

The county reached an agreement with Cleveland, OH-based developer The NRP Group to sell 3.2 acres of the former Ashburn North Park and Ride lot across from Strayer University. It included 190 parking spaces and a Metro Connection bus stop until it closed in October, and according to county staff totals just under 4.9 acres.

NRP proposes to combine those 3.2 acres with an adjacent 6.2 acre parcel it has under contract already. On the newly combined land, NRP plans to build 450 apartments, with one quarter of those, 133 units, designated income-restricted. Those units would stay price controlled for 40 years. A county staff report notes the sales price is more than the park-and-ride’s assessed value, and that on the adjacent parcel a rezoning application for a smaller 178-unit project, The Flats at Broad Run, has been pending since 2020. The larger project would replace plans for The Flats at Broad Run if approved.

The agreement also specifies at least 3,000 square feet of space at the development must be offered for free to the county or local nonprofits to host services like teaching financial literacy or first-time homebuyer counseling, and the project must include at least 6,000 square feet of commercial or retail space fronting Russell Branch Parkway.

The developer will pay approximately $2.1 million for the property. According to a county staff report, NRP has said that is the same price per square foot for the adjacent parcel it has under contract, and county staff note it is more than the land’s assessed value.

The apartment complex would also require a rezoning approval. NRP would settle on its purchase of the properties once the rezoning is approved.